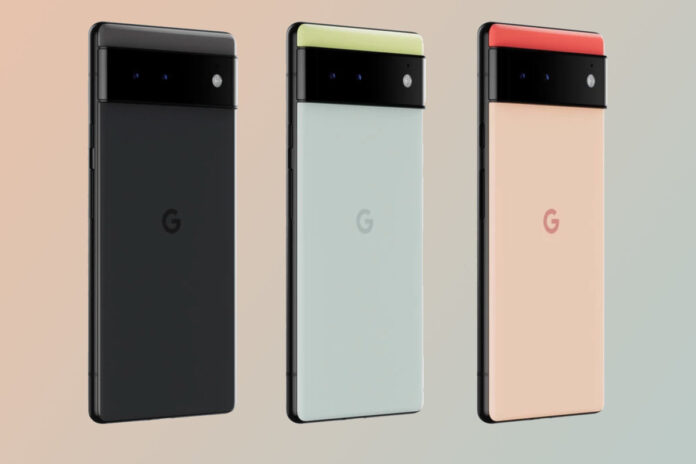 Latest Google Pixel 6 Review UK – Is google pixel a good phone or worth buying? Know the pixel 6 battery life, camera, and its specifications in the UK version.

Features of new products are getting rumored with clarity before the launch date. Same like there is no big difference but there was a key fact missing from it. It’s one of the affordable smartphones without any compromise in key features. In other words, the Google Pixel 6 is an absolute bargain with very few compromises.

Pixel 6 Series Smartphones are the first set to feature Google’s custom tensor processor. Everyone will have a second thought that the new processor may act as negative as well but the search giant never made a mistake on this. It was a super cool processor which is well optimized for Google’s various AI systems.

As we know the most of the applications that we use by default on our Android devices belong to Google. In such a case, Google never misses preparing a processor that helps their platform much better than other processors.

According to Google, Tensor delivers “up to 80% more performance than Pixel 5”, which runs on a Snapdragon 765G. In typical Google fashion, the search giant says its AI features enable better performance across a slew of machine-learning-specific tasks.

When it comes to performance, Google Pixel 6 in UK is amazing with its new processor “Tensor chip”. But when we check about the battery life, it is not a stronger suggestion by most of the users. It acts as a major disadvantage as well.

A mobile may fail to deliver the batter life maybe after a year or two. But a bad review on the battery life of the Google Pixel 6 Mobile Phone is still a disappointing statement.

Google Pixel 6 has the same 50MP main and 12MP Ultrawide camera as Pixel 6 Pro and makes no big difference. A particular feature on this budget phone grabs the attention of mobile users. As mentioned above, the Camera is one of the major positive features of Pixel 6 in this price range under £600.

It also has a slight negative with respect to the camera and it is missing of optical zoom camera. We could feel this pain on most of the user reviews as they felt it could have made this mobile more fantastic.

The 8MP selfie camera is good, producing detailed shots with lots of drama, but occasionally the images were a bit soft, particularly in lower light levels.

QUICKIE: How to Keep Your Android Smartphone Safe?

The Pixel 6 contains a 100% recycled aluminum frame which accounts for about 14% of the phone’s weight. Also, they mentioned on their website that Google will recycle all Pixel devices free of charge.

Look out for Google Pixel 6 Price in UK. Remember, the price or product might vary in the link later by the sellers, so check twice before purchase.