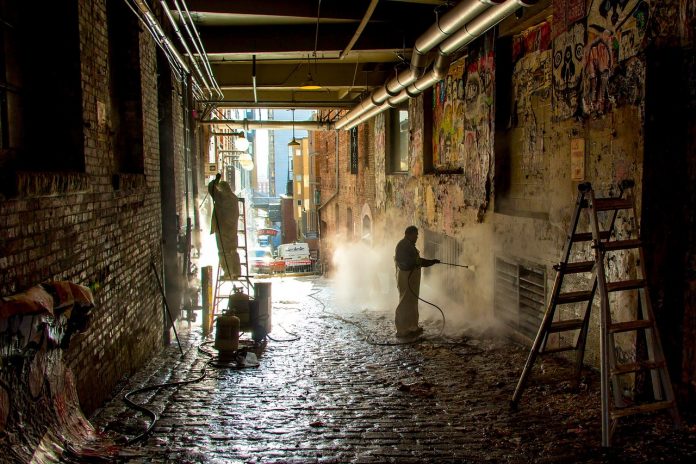 Brick cleaning is a complicated process and whether the process occurs outside or inside, it is essential that the technique involved in cleaning the bricks does not damage it. Depending upon what you need to clean the bricks, the technique to start with must be least aggressive while slowly scaling up as per the progress of cleaning process. If the bricks are not strong enough or there is a crumbling brick issue, power washer should not be used. The outdoor bricks should be sprayed with a hose periodically in order to clean any dirt that may have layered over due to rain, sprinklers and wind.

The general brick cleaning from time to time is simple and can be done with just water and a mild bristled brush. Scrubbing the brick with brush for a while would help wipe a layer of dust, debris and mould that may have compound it. In most cases, the usual dirt and easy stains get wiped out easily with the help of water and little scrubbing. However, if the stains are tough and the layer of dirt doesn’t go away easily, don’t do scrubbing too hard as it may damage the brick. In such cases, adding a little ammonia to a bucket full of water used to cleaning bricks can be a good idea. It fragments the dirt particles and helps in cleaning the bricks off dust and stains easily.

2. Removing Mould and Moss from Brick

The bricks that are exposed to water and are moist would inevitably grow mosses and mould over it. There are a few tools that you can use to get rid of moulds and molasses that grow over the brick in moist conditions. The tools that you may need to get rid of moulds and molasses over the bricks are high-pressure hose, garden hose, chlorine bleach, plastic spatula, nylon brush, and waterproof or rubber gloves.

In order to ensure there are no negative surprises, you can experiment with a specific part of the brick to see bleach water reacts with bricks before carrying it out on a larger scale. If the brick reacts to the bleach water, it would most probably change the colour. The brush or a scrub can be used to get rid of mould deposits on the brick and if the moss is too stubborn to go away easily, using power washer can prove to be a good choice.

If you plan to clean the brick with a garden hose or a pressure nozzle, make sure to not damage the brick. The pressure should not exceed 3,000 psi. It is a similar process you use to clean gravel driveways Essex from time to time. 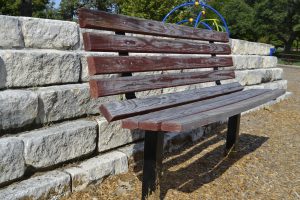 Oxalic or Muriatic acid is often used for rust stain removal on the brick. The trick here is to ensure that in process of rust stain removal, you do not end up causing more damage to the brick or leave openings that would interfere with the integrity and strength of the brick. The acids mentioned above should be used properly as it can potentially damage the brick as well. Testing the acid on a smaller area on the brick before its extensive use can give you an idea of whether to move ahead or not.

Cleaning bricks doesn’t have to be complicated if you follow the right process, but make sure that you always start on a small portion to see if the technique is working before following the process on the entire batch of bricks.