The first glass of Coca-Cola was sold on May 8th 1886 and from this moment, the world was rocked by the fizzy drink franchise. Today, Coca-Cola is the world’s most successful soft drink brand, having recorded a brand valuation of over $33 billion in 2021. The drink inspired a soft drink revolution, imitated and reinvented by a succession of brands following its global triumph. In the stock market, you can buy a share of Coca-Cola and own a minute portion of the brand.

The stock market is highly volatile, which means that prices fluctuate all the time and these price movements provide you with the opportunity to make gains on your capital. You can find out more about stock trading from Plus500, for example, and speculate on the value of some of the world’s major companies, including Coca-Cola. Since prices are so susceptible to change, stocks can move away from buy points, making them less of an attractive and viable investment. In this article we will take a look at the history of Coca-Cola stock and its current value, to help you to gain an insight into this iconic brand.

A brief history of Coca-Cola

The drink was created in 1886 by pharmacist John Pemberton, who combined regular carbonated water with a syrup-coloured liquid to create a refreshing drink. In 1888 the rights to the liquid were purchased by Asa Griggs Candler, a businessman who founded the Coca-Cola Company, incorporating it in 1892. By 1913, one in nine Americans had sampled the drink and its popularity grew, causing competition to arise. In response, Coca-Cola gave its product a facelift and introduced the iconic contoured bottle so that the original drink could be distinguished from other copycat brands.

In 1919, Candler sold Coca-Cola to Ernest Woodruff and a group of other businessmen for $25 million. It was in this same year that the company formed its first initial public offering (IPO) entering the New York Stock Exchange (NYSE) at a price of $40 per share.

In 2021, Coca-Cola was valued at a staggering $87.6 billion, earning its status as one of the world’s most powerful brands. The company has grown so much since its first IPO, that if you bought one share in 1919 and sold it in 2020, it would have been the equivalent of 9,216 shares.

That means that should you have had the opportunity to purchase just three shares of the brand at $120 per share, you would now have 27,648 shares — worth over $1.483 million.

Is Coca-Cola a buy today?

Coca-Cola has entered 2022 on a high and in January, its shares gained 1.9%, to reach an all-time high of $60.33. This saw the stock overtake competitor Pepsi and at this current rate, the company could continue to outperform its rivals going forward into the future. The company has rebounded from the effects that the COVID-19 pandemic had upon it, since it was affected by the closure of restaurants and other venues that sell its products. 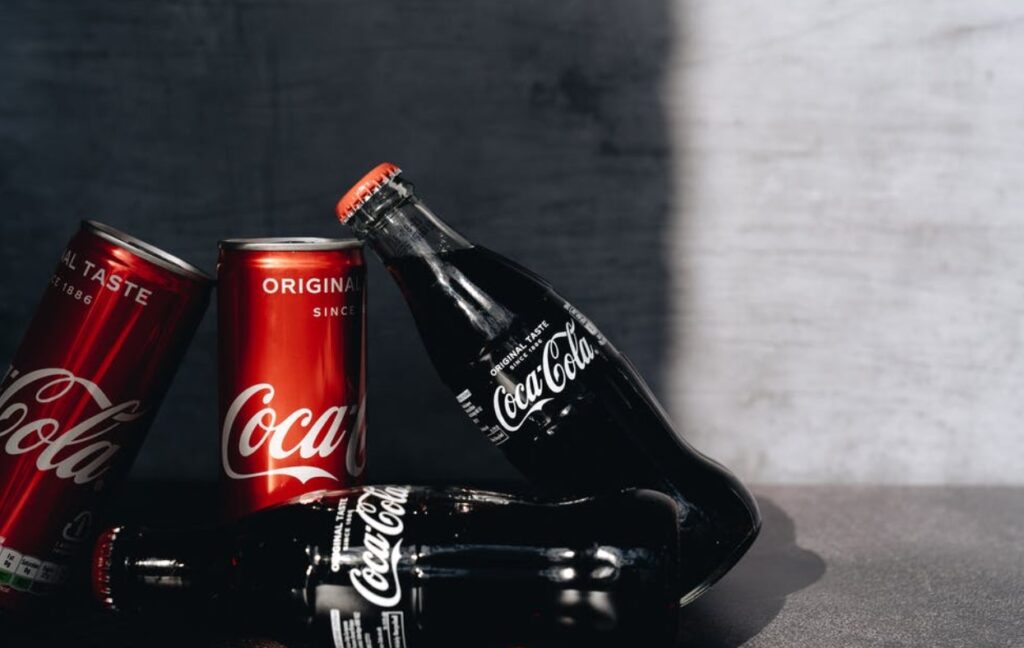 Experts believe that Coke’s earning per share could continue to grow at an annual rate of 12%, which could drive the stock higher. Though the company’s shares price is currently high, there is room for growth going forward, which could make it an attractive long-term addition to your trading portfolio.

Prices in the stock market can change all of the time because they are easily influenced by external factors. This can include releases of company data, inflation and interest rates, or news releases. In order to maximise the potential of your position in the market and avoid making significant losses, you can use an economic calendar to keep up to date with key events, so that you can plan your market decisions accordingly.