Cybercrime is no longer limited to hacking of verified celeb accounts, as it has now expanded its roots into some mainstream industries as well. Healthcare industry too has become a victim to cybercrime in recent years and has already faced a lot of data breaches and security issues.

Often, it is the data related to the health of the patient, which is to be strictly guarded between the patient as well as the practitioner that gets affected. Other than that, data related to warehousing, inventory, financing, and personal records of patients that can get leaked.

Though the advanced healthcare system of encoding everything in binary form has eased operations in healthcare facilities, here are some emerging threats that may pose a drastic problem.

As reported by major healthcare institutions from across the world, the biggest threat related to data breaches in the healthcare industry is data theft. The IT hackers simply get their hands on confidential data which then becomes subject to unauthorized access, improper disposal, and loss. 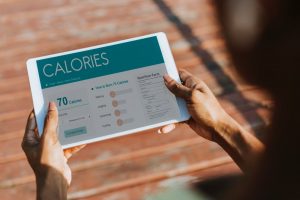 After the advent of digital databases for patient records, the hospitals shifted to the completely digitised format where everything from patients’ history to their current treatment was filled into databases. However, some malicious minds introduced malware’s and ransomwares into the system, leading to the loss of crucial data.

With the increasing spamming of hospital mailboxes with fraudulent e-mails, the perforators have managed to breach security of data time and again. Such instances have been continuously brought into light. These malware enter the software through attachments attached to not-suspicious e-mails and lead to a heavy loss of crucial data. In some cases, hospitals had to give up on admitting new patients and stop treating existing patients because their medical history was lost. It was not until the data was recovered that they could help them.

When it comes to protecting the official data in the healthcare system, people can pose an immense threat. Whether malicious or not, if a doctor, for instance, ends up clicking on a suspicious link through the corporate device, it can introduce new malware into the system. The repercussions of such a breach can be dire. To escape such threats make sure that you use intelligent technology which isolates itself from outside networks.

While hospitals no longer have to struggle with having huge servers for storage of data, all thanks to cloud computing, they still struggle with protection of this data. Yes, healthcare institutions have to protect the repositories and the channels through which data is transferred on the network through heavy encryption. Also, a well-defined authorisation module has to be followed. 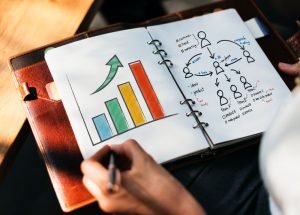 APTs require hospitals to be prepared for any kind of risk which can arise at any point of time. It can range from someone stealing the laptop or downloading a sensitive file into their device and running away. So, there is no was an institution can cover all its bases against cyber theft of data.

Then again, if you follow simple security measures like an incredible authentication system, authorisation passwords, locking the devices when not in use, and encrypting all the sensitive documents, huge losses can be avoided.

Patient information theft is ruling the minds of hackers because it is the highest valued data in this underground industry, costing up to $380 per record. Therefore, if you are running a healthcare institution, you need to be extra careful because this data is not money for you, it amounts to the lives of your patients.